Scroll down to skip the commentary and get right to the report!

In 2014, the two Canvass Board members from the American Constitution Party and the two from the Boulder County Republican Party all refused to certify the Boulder County election.  Since they were the Majority of the Canvass Board, over the two Democrat members and the Democrat County Clerk Hillary Hall, the issue had to be reviewed by Secretary of State Scott Gessler.  This Report is “As a result of the Canvass Board’s non-certification, the Secretary of State conducted its own investigation to determine whether the Secretary should accept Boulder County’s election results for state and federal offices.”  In the end, the County Clerk certified the election, and the SOS accepted the results, but the issues the Canvass Board raised are officially recorded and are the basis for much of the work Boulder County Republicans are doing towards the cause of election integrity.

The Report is also a record of the shenanigans of the Boulder County Clerk in 2014, including that “She systematically discriminated against Republican election judges…,” “She prevented watchers from having a meaningful opportunity to observe…,”  “She appointed election staff members to monitor watchers…,” and “She failed to verify signatures for military and overseas voters who submitted their ballots electronically..”

For reference, HERE is the link to the Boulder County Clerk’s reports for the 2014 election.

What difference, at this point, does it make?  Probably none for this election.  We the People long ago abdicated our responsibility to conduct the process of electing our government officials.  Complacent in our liberty, we gave control to the very officials we had once elected to represent us in government.  Since then, the elections and the resulting governments have become more and more corrupt; government to the point of being tyrannical.  If we ever hope to regain control over our government, we’ll need to regain control of our elections.  As the Clerk Hall complained in her report, “The Board members who chose not to certify are doing so as they simply do not like mail ballots or the process of how elections are conducted in Colorado. If they had their way, they would require everyone to vote on one day and show an ID with no exception.”  That would be a good start!

Here are images of the report: 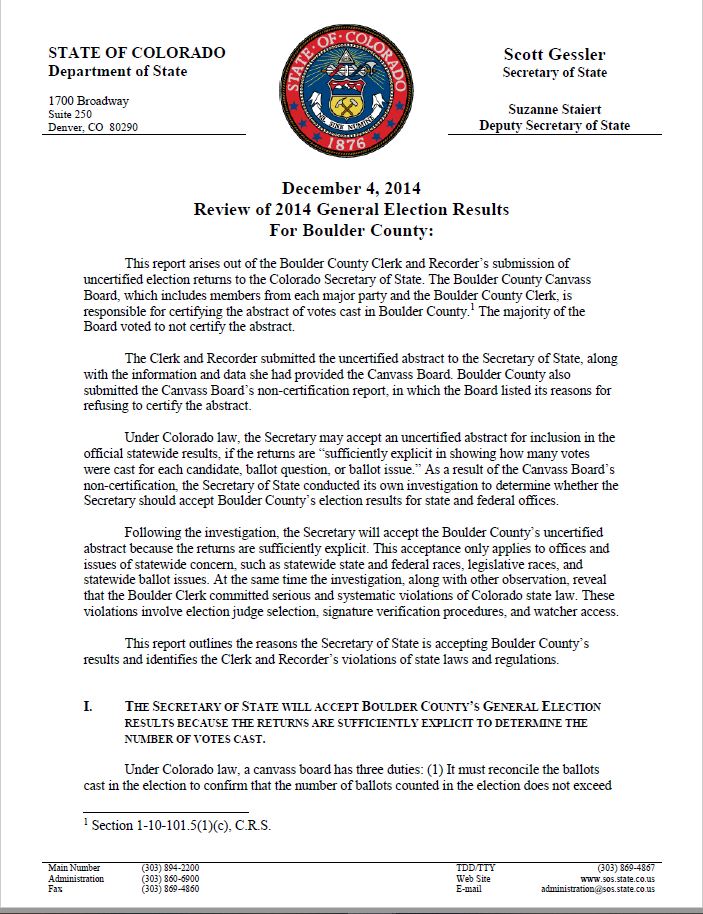 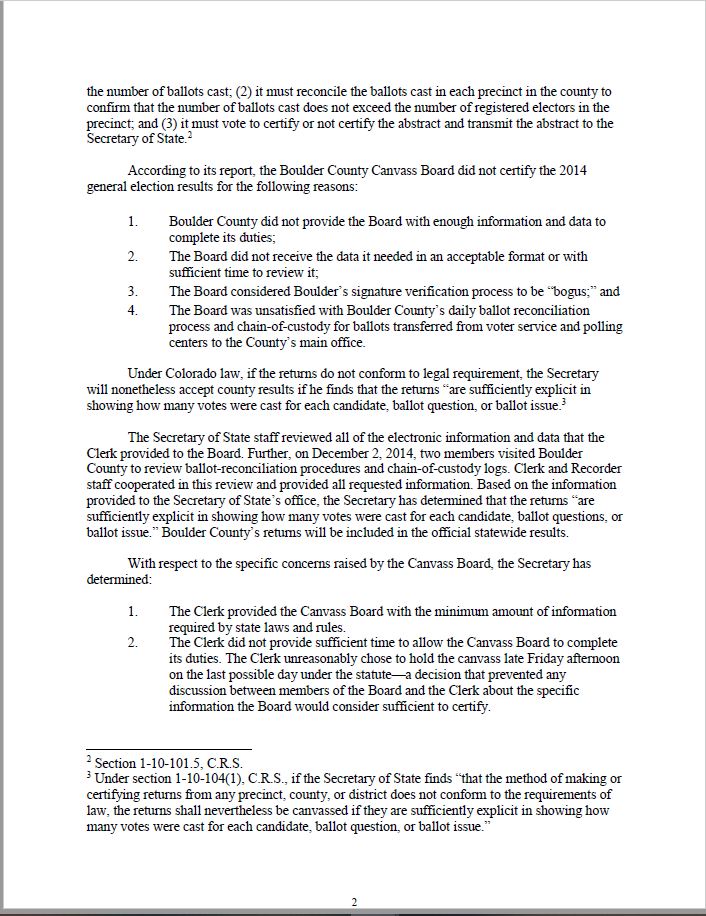 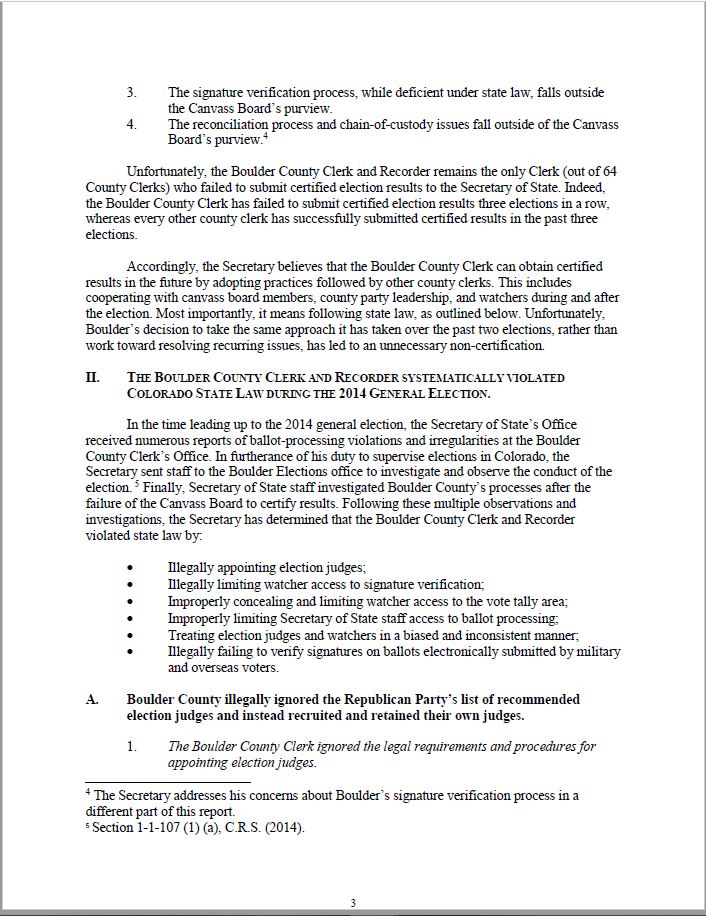 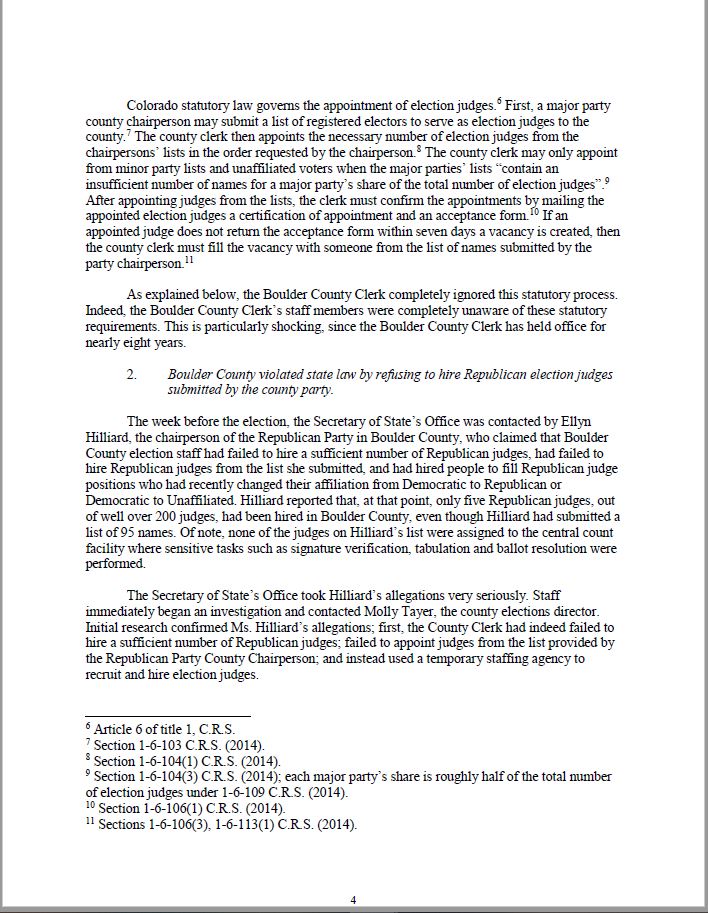 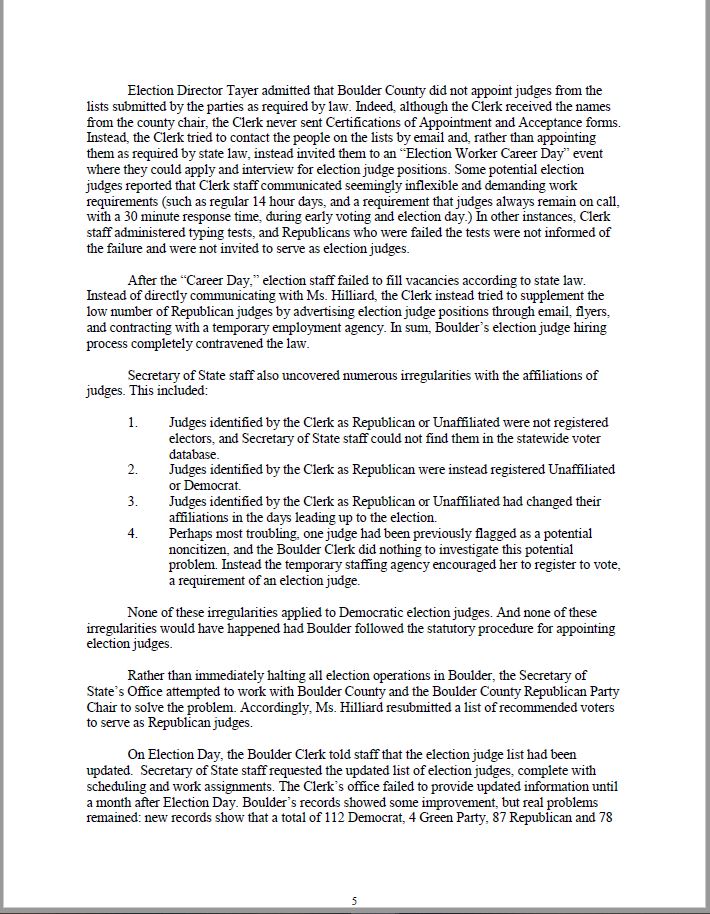 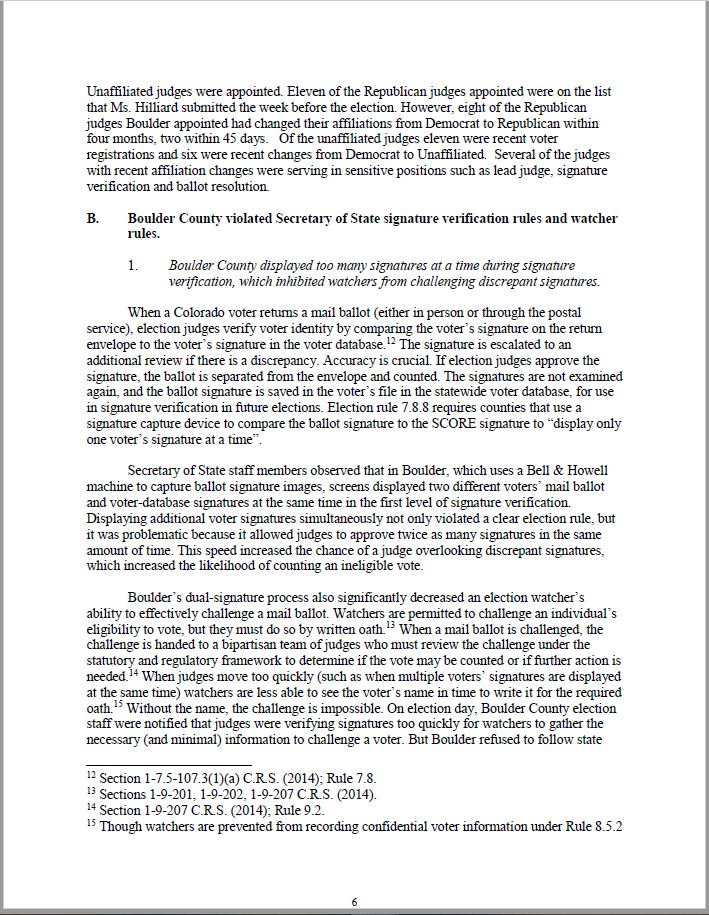 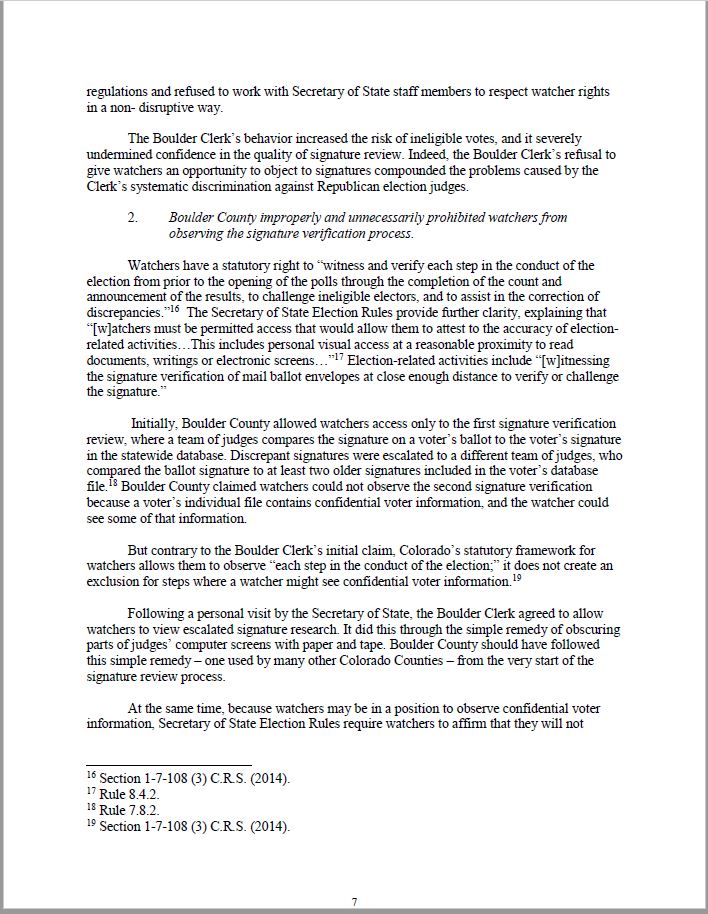 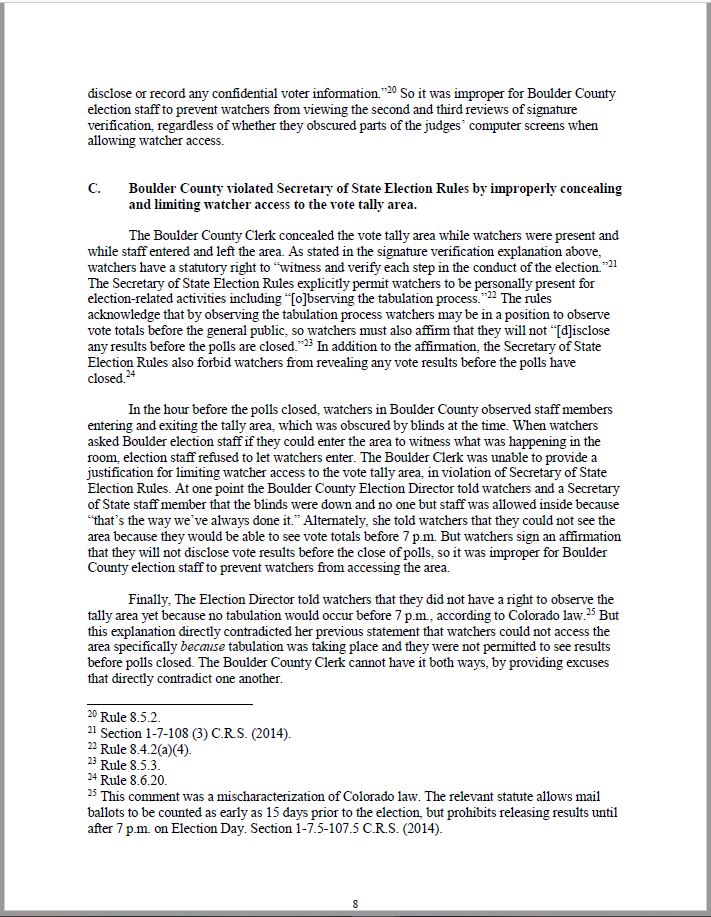 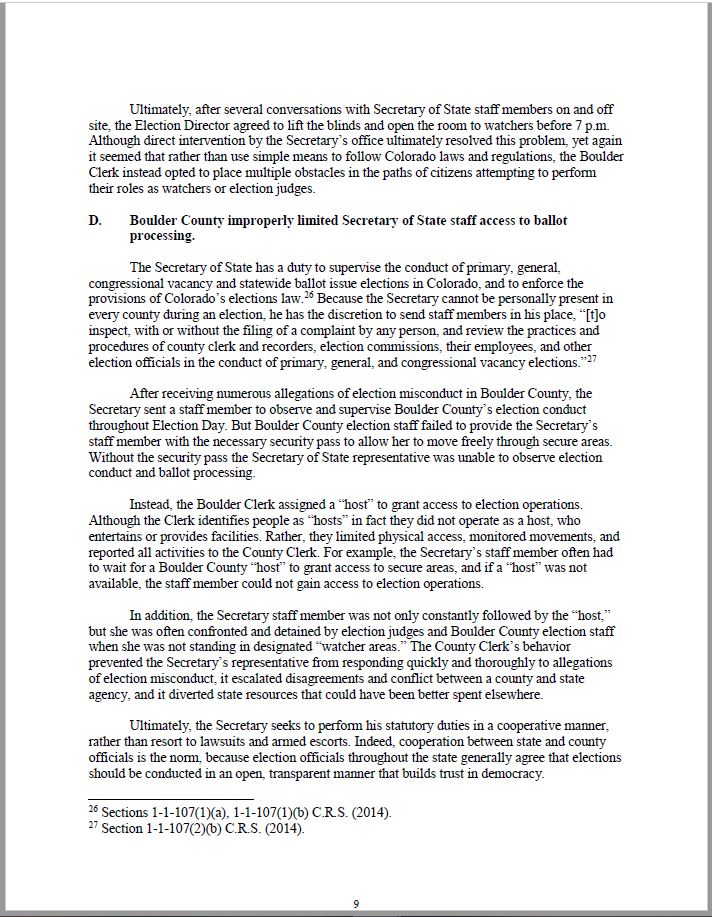 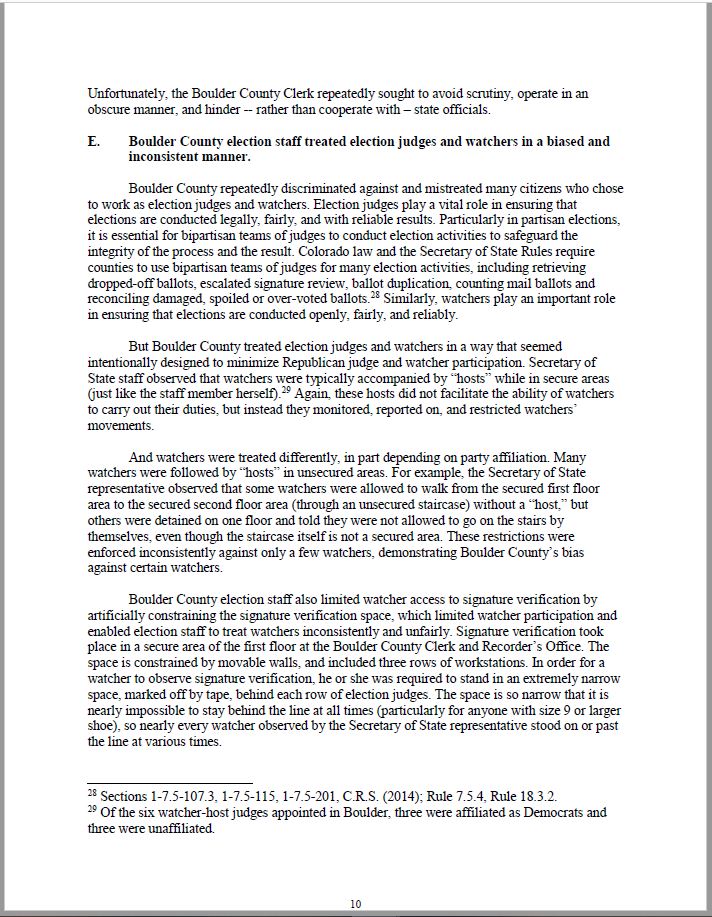 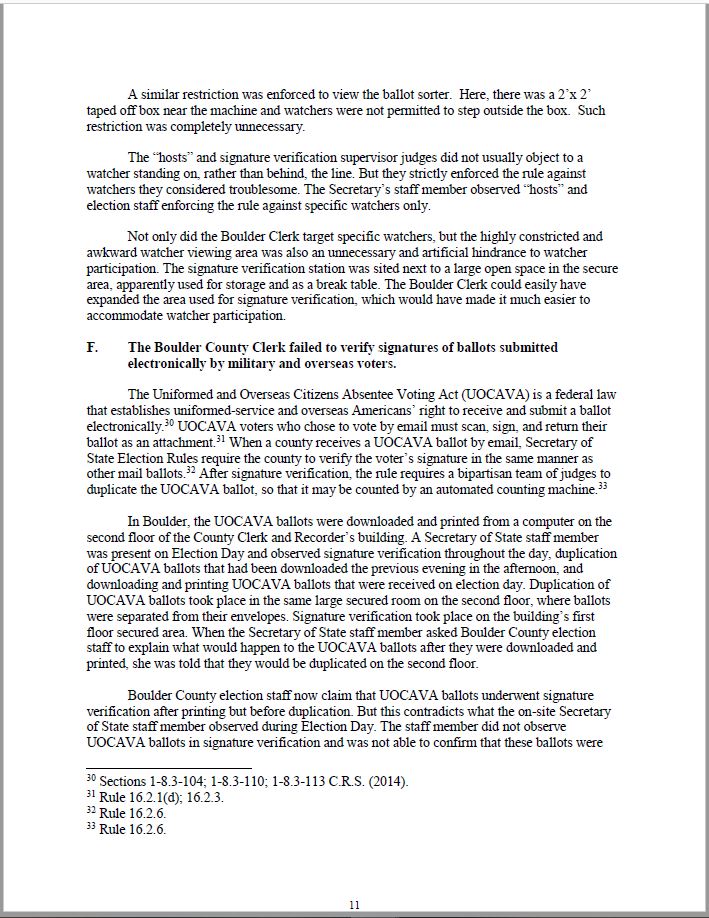 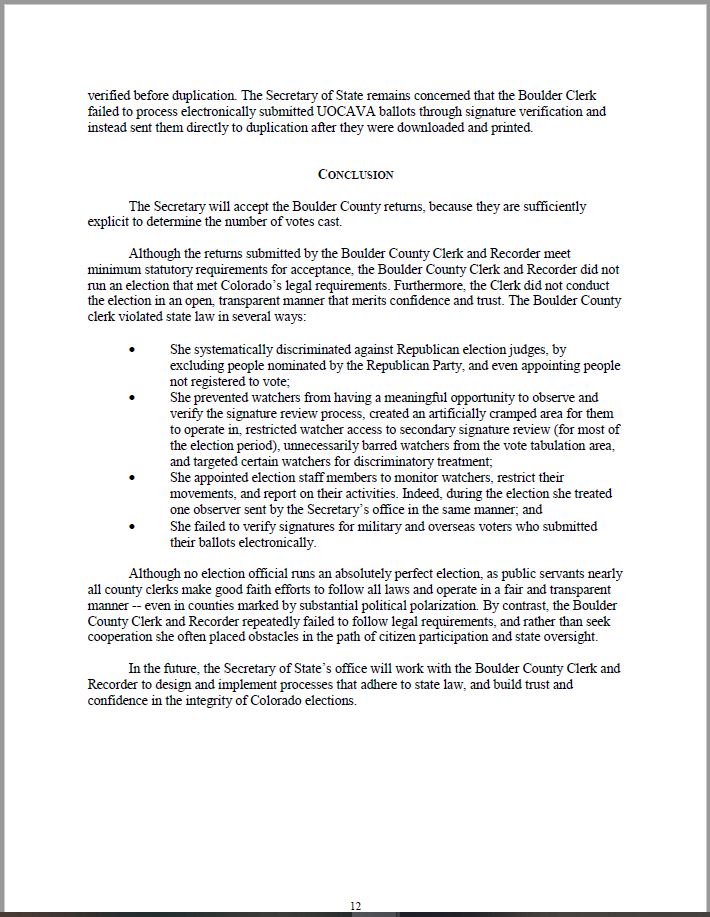