CLICK HERE for a Follow-up on the State Assembly "Clicker" vote system. 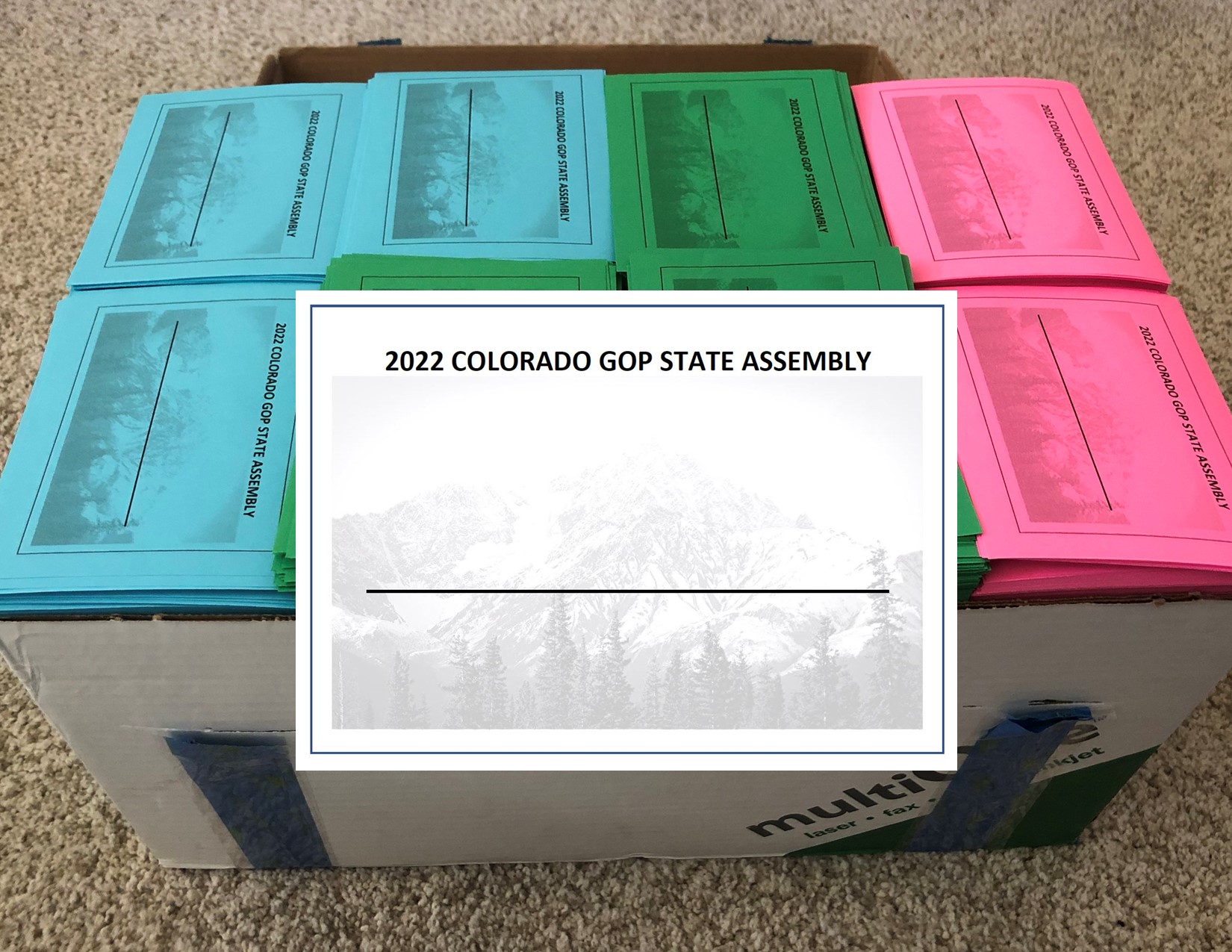 We the People have the right to an honest and auditable election and we were prepared for it at the GOP State Assembly.

A group of us, previously unknown to each other, came together less than a week prior to the Colorado GOP Assembly to make ready the supplies and processes and volunteers necessary for paper balloting at the Assembly.  We did not just complain about electronic voting, we provided a solution and assembled a process that was not only viable, but superior to the electronic voting devices; it was tested, transparent, and verifiable.

Through the GOP’s Parliamentarian Gregory Carlson and GOP Executive Director Joe Jackson, Chairman Kristi Burton Brown (KBB) had been advised on at least two occasions prior to the meeting that we had everything ready to go for timely and seamless paper balloting. They hampered our every effort to work with the State Party and the World Arena to prepare for and accommodate our plan. Because of the GOP’s obstruction, we changed our plan to include using the electronic devices as a provisional count, along with providing and facilitating the paper balloting process as the official count.

Step number one at the Assembly was to change the language in Meeting Rule Number 8 from exclusively accommodating electronic devices to also accommodating the paper ballots and process.  Thus, the lengthy motion and reading of the new language for Rule 8.  Unfortunately, KBB misrepresented the facts in her one-sided diatribe and allowed for neither discussion nor clarification before calling for a rising vote despite widespread confusion.

45,000 ballots were prepared – 5000 sets of 9 color-coded, water-marked ballots, enough for 9 separate elections. Attached is a picture of 15,000 of the ballots in three of the nine colors.

The counts from the electronic devices would have been announced immediately as provisional, but the paper ballots would have provided the official count.

The fiasco at the GOP State Assembly served to validate the loud and clear message of election integrity proponents – it is essential that Colorado adopts a verifiable, transparent, locally hand-counted paper balloting system to facilitate fair and accurate elections.

We had everything ready.

They were told in advance.

They ignored the will of the people.

They ignored over 1600 signed petitions demanding the use of paper ballots.

Only “We The People” can remove corruption from our government by standing together with one voice.

The battle for our vote, our voice, our family, our schools, our community, our state, and our country has only just begun.