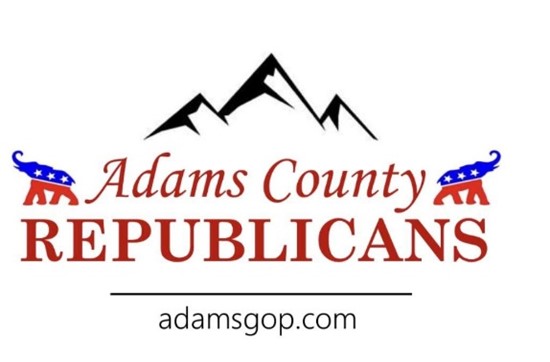 At this time, the Adams County Republican Committee will not certify the election results due to numerous irregularities that have caused serious concerns with the overall operations during the 2020 Election Season.

First, the obvious selection of an additional voting site on a Sunday before the election (Rule 7. Elections Conducted by the County Clerk and Recorder, 7.9.1 (a) (1) (2)) in an area that is historically Democrat and not balancing this with another in an historical Republican area. Within this rule there is no mention of Sunday opening, only the second Saturday.

Secondly, the seven rule changes that went into effect on July 8, 2020 to the Colorado Election Rules (Election Rules 8 CCR 1505-1) courtesy of the Colorado Secretary of State has had substantial impact on the way county elections are operated. Rule 8 changes gave ultimate discretionary powers to the County Clerk and Recorder. Rule 8 concerns the ability of a Poll Watcher to challenge a signature that as has been their prerogative in the past. The imposition of “may” vs. “shall” making the Poll Watchers only a Poll Observers providing the Election Supervisor unconditional opportunity to overlook rather than stop in real time, discrepancies. It may be used as a tool of discrimination in counties with a high Republican voter registration. This may be considered an infringement of the 14th Amendment/Equal Protection Law. A formal complaint was submitted.

Third, there is a question concerning the number of “same day voter” during the 2020 Election. There is a long process when someone follows the rules concerning identification when registering to vote. According to Rule 2 (referenced election rules above) 2.1.1 “An applicant may submit a properly executed voter registration form to the county clerk in person, by mail, by fax, by online voter registration, or as an email attachment.” The kicker is 2.6.2 ("Uniform Election Code of 1992") which states, “If an applicant has not been issued a current valid Colorado driver’s license number, a valid Identification card issued by the department of revenue or a social security number as required by Rule 2.6.1, the applicant shall be assigned a unique identifying number for voter registration purposes.” Which means they can vote. In one instance a person had a Colorado driver’s license but not a social security number. However, a relative stepped forward to vouch that this person was who she/he was. Obviously, the rules do not apply for someone registering to vote at a voting center and allowed to vote that day.

Another troubling issue is centered on Voter Registration is 2.4.1 which asks the question. “Are you a citizen of the United States?”. If left blank “the registration the county clerk must accept and process the application as complete so long as it is otherwise complete and the affirmation at the bottom of the form is signed.” How does this secure the “integrity” of our voting system?

Fourth, a HAVA complaint which challenges the county clerk and recorder to maintain an accurate voter list. Evidently, the maintenance of voter lists is in question. After considerable research, it has been concluded that it is nearly impossible to determine how many people really reside in a precinct from one general election to another. There are serious swings in registered voters especially the newly organized precincts.

Fifth, there is a concern that the ballot tabulation depicted in a graph on the Adams County Clerk & Recorder website reflects nearly all Republican candidates with a voter response ranging from the high 30 to low 40 percentile. If anyone would look at this graph, they might conclude that their vote will not make any difference, so why vote. This might be considered voter suppression. Senator Kevin Priola (SD25) and Rod Bockenfeld (HD56) were the only Republican candidates to break the 50% ceiling. There is no relationship between the work of the Republican candidates versus the little or no activity by the Democrats. The overall perception is the presumed assurance that the Democratic Party was going to take all, leaving just enough wins to dissuade (pacify) the electorate.

Sixth, a CORA Report that has found indications that the Dominion hardware and Smartmatic software has links within the State and County Government.

Seventh, that Dominion has its tentacles deep within the Democratic Party. It is highly speculative given the activities in other states, that the Dominion and Smartmatic did not contribute to the consistent low tabulations of Republican votes.

Eighth, that Adams County did not include a Secrecy Sleeve with the mail-in ballots.

Nineth, there was a “hole” punch on the return envelop that allowed for someone to detect which Presidential candidate a voter had selected.