A first step to ELECTION INTEGRITY is Republican Party Integrity. 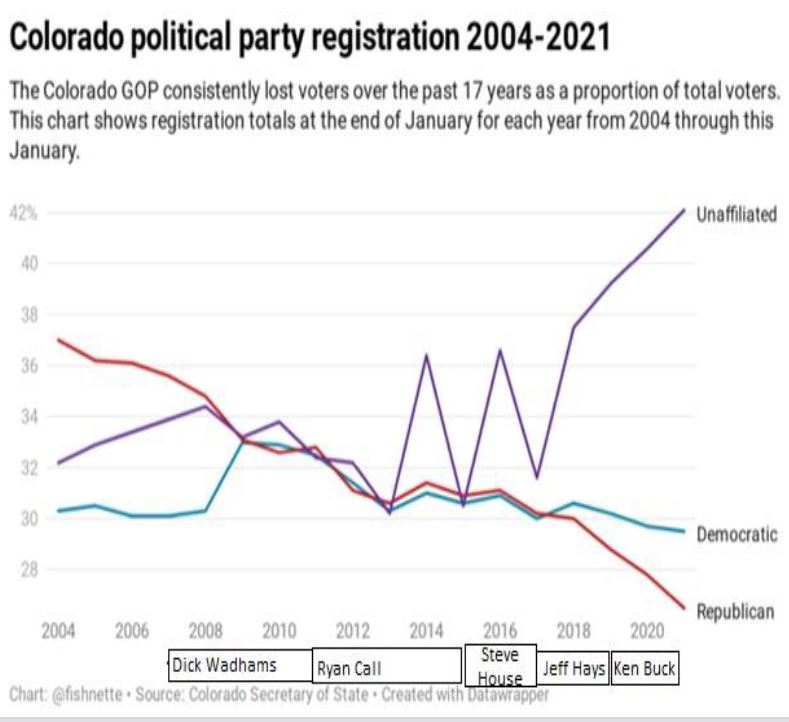 by Holly at Altitude
http://hollyataltitude.com/2021/03/05/the-colorado-election-establishment-cabal/

Ever since HAVA injected billions into American elections, things have never been the same. Overnight our elections turned into a multi-billion dollar industry. Elections went from an essential civic event to a money-making opportunity in a high-stakes industry of wealth, power, and influence on a global scale. The backbone of the election business is technology. Hardware, software, and services are now required to run elections. All this infrastructure needs to be purchased, serviced, and maintained. A small sample includes: voting machines, computers, databases, and third party apps. This equipment requires specialists to ensure both the equipment and the election process runs, creating an entire service industry around elections made up of: IT specialists, lawyers, lobbyists, vendors, and cyber security experts to name a few.

“Gaslighting is an elaborate and insidious[i] technique of deception and psychological[ii] manipulation… to gradually undermine the victim’s confidence in his own ability to distinguish truth from falsehood, right from wrong, or reality from appearance, thereby rendering him pathologically dependent on the gaslighter in his thinking or feelings.”[iii]

We the concerned electors of Colorado should wonder if our elections were corrupted, as suspected in other states.  Oddly however, the Colorado GOP Chairman hosted a state-wide video call for party members with three Republican County Clerks, all denying fraud and claiming our system is the “Gold Standard” for elections.[iv]

I think it is closer to Fool’s Gold than a “Gold Standard.”[v]  Four elected officials proclaiming that we should trust the election results is a gaslighting tactic that will make many people question the validity of the thousands of legal affidavits of fraud nation wide.

At the 12-15-2020 Colorado Legislative Audit Committee hearing, a Retired Air Force Officer testifying on cyber security said, “When the Department of State claims they have the ‘most secure elections,’ they have no basis of expertise to make that claim.” [vi]