THE CHUCK AND JULIE SHOW, November 23, 2022 - Aaron Wood with the Save ColoradoProject on how grassroots can and must take over the GOP.

The event on the America's Mom Show - https://frankspeech.com/video/save-colorado-press-release

ANIL MATHAI - Republican Chairman, CD8 - Remove the corruption in the GOP and take Colorado back for our sons and daughters!  FIGHT, FIGHT, FIGHT!

LEARN ABOUT COLORADO'S REPUBLICAN PARTY - HOW IT'S SUPPOSED TO WORK

We are gathered here today to send a clear message of a declaration of war. We will no longer suffer in silence the abuse of power and treachery exhibited by this Chairman and her RINO supporters.

In her own election which electronic clickers were used, this Chairman benefited from a violation of our bylaws prohibiting the use of electronic voting methods for officers.

Abuse of power: Early in 2021 this Chairman dissolved 107 sovereign Republican organizations🔗 and removed over 230 duly elected officials only a year into their terms. The Chairman abolished their bylaws forcing them to hold reorganizational meetings to elect new officers or face the possibility of the Chairman appointing their officers. All this was done without authority granted to the Chairman through our bylaws nor the approval of the State Central Committee.

Treachery: In the summer of 2022, she violated the primary neutrality bylaw🔗 when she publicly issued a statement requesting then candidate Tina Peters to drop out of the primary race for Secretary of State and saying she would not support Tina because of an indictment. Even though, everyone knew that the indictment was nothing more than a continuation of harassment from the Democrats and the RINOs in our own party.

Deceit: In September of 2022, the Chairman lied to the State Assembly delegates that there were no paper ballots available to conduct a vote. It came out later that she was informed earlier that day that paper ballots were on site.🔗

Treachery: The Chairman continues a professional relationship with the firm that is listed as an agent for Dominion. The retainer agreement for the attorney is expensive, and he sits in on the most private of conversations.

This small group of RINOs who control our party are parasites, they victimize wealthy individuals with large check books and larger egos, convincing them to run for office. For three election cycles they have convinced these wealthy candidates that they can win by concentrating only on the unaffiliated voters because they are a larger voting bloc and ignoring the Republican base. Its only after a major defeat and their bodies are strewn across the political landscape does reality finally set in. They have spent a large amount of their personal wealth and the realization that they do need the Republican base finally sinks in.

This great state fell into the hands of the Democrats because the RINOs do not care who wins or losses as long they have enriched themselves from the check books of the failed wealthy candidates.

The voters of Colorado rejected an initiative to accept mail in ballots in 2002. Bypassing the voters in May of 2013 a Democrat partisan bill “The Voter Access and Modernized Election Act” was signed into law, forcing mail in ballots on us; not one Republican legislator voted for it. The state party did nothing, no legal challenge was mounted.

In 2014, using the new mail in ballot system and electronic voting equipment, Open Primaries were voted in by a little more that 38% of the registered voters.

Apathy: Eight years later and our party still has done nothing accept continuing its Treachery and not actively trying to close our primaries. We must close our primaries and return this party to its rightful owners, the registered Republicans and let them and them alone select who will represent us on the general ballot.
Our electronic voting system is questionable at best and corrupt at the worst, instead we have been told time and time again by our RINO leaders that we have the Gold Standard, I wonder what our next speaker will have to say about that?  (The next speaker was Tina Peters.) 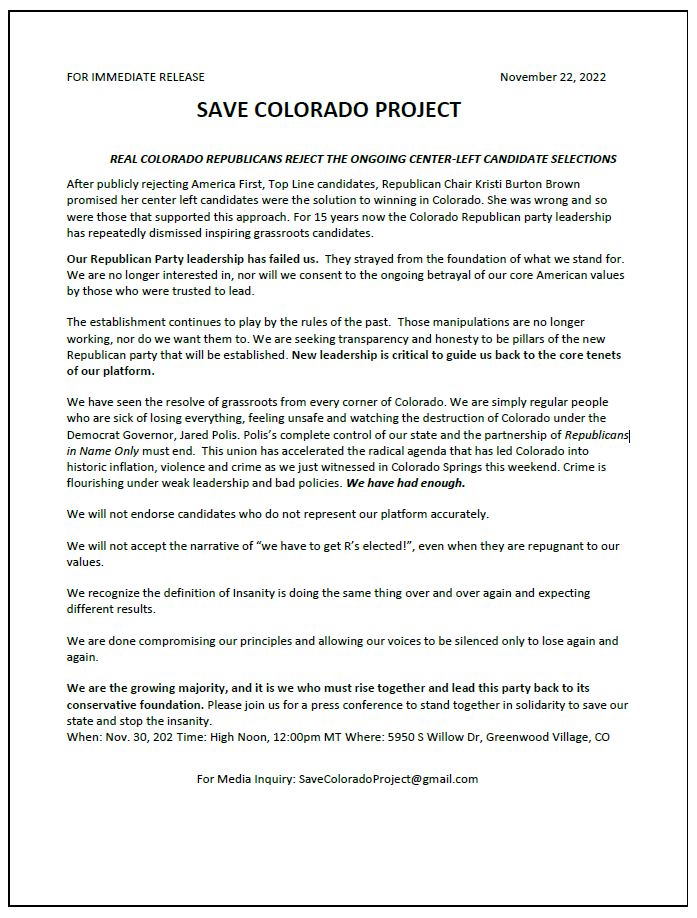 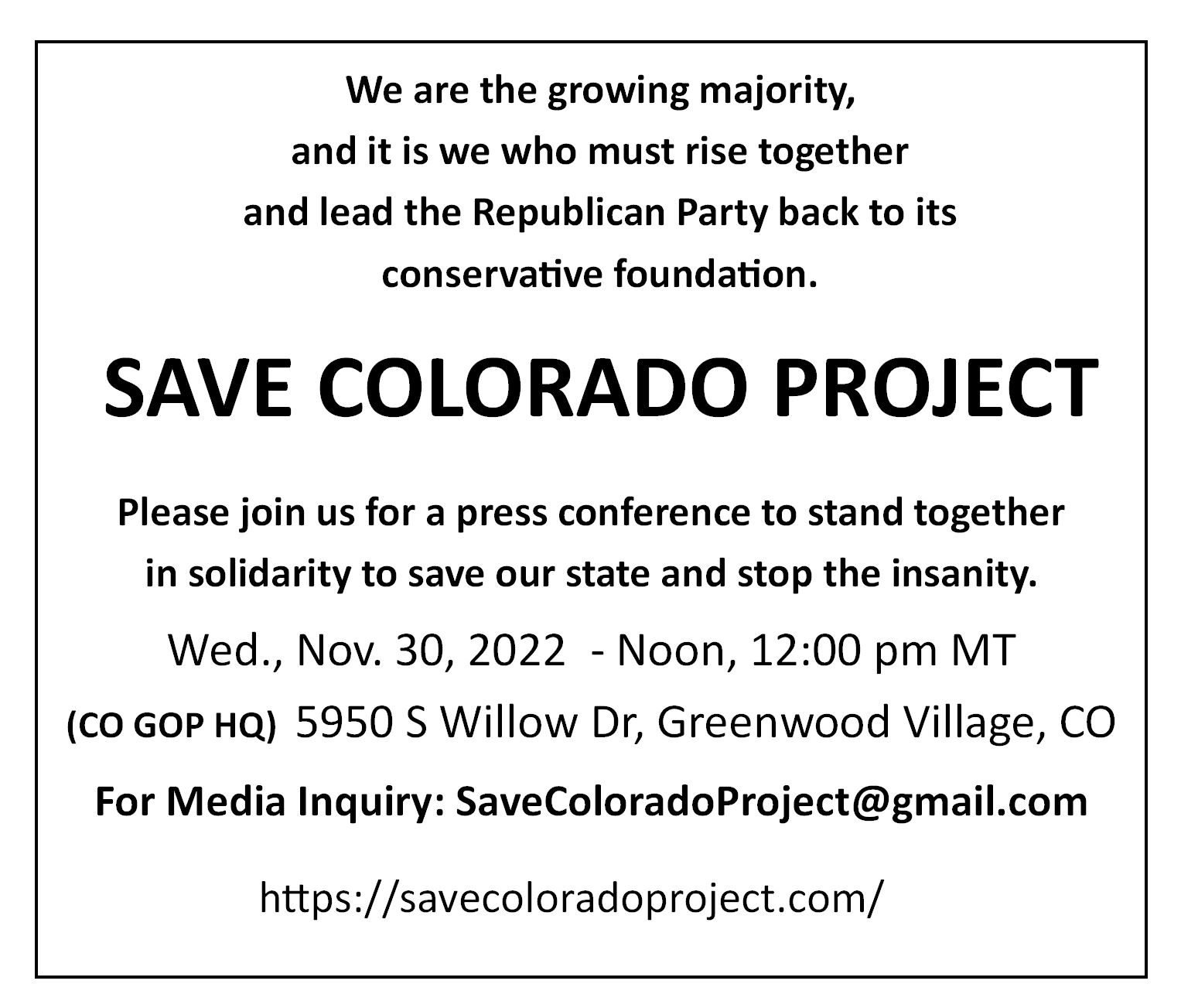