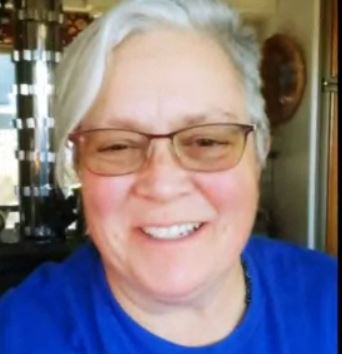 Linda and Shannon talk about serving Papers to the Cherry Creek School District.

Families are suing the School District for masking their children!

Details on how you can help at www.cofightforfreedom.com/

This woman took it upon herself to notify recipients of her county's ARPA (American Rescue Plan Act) funds that the funds come with conditions that may cause them harm - or even death.

ORGANIZATIONS WITH PLANS FOR CITIZEN ACTIVISM:

We attended Cleta Michell's Election Integrity Summit in Orlando and got an early preview of this movie. We tried repeated to bring up the ERIC system and the machines and were repeated told there would be a special workshop on the topic.

After the movie, we were treated to the Virginia Strategy which basically told us we needed to come out and VOTE EARLY TO OVERCOME THE ALGORITHM.

Anyone who has been involved with this movement and has looked through the data knows they use Early Voting to tune their steal.

When we finally got to the last panel, they brought out Nick Primos, the Florida Election Commission Chairperson. They mind as well have played the Soviet Union's Nation Anthem while he lectured us the impecable efficiencies of the machines and how it was impossible to hack them since they are never connected to the Internet.

The first person allowed to asked a question after he spoke was a sweet lady who said she was a poll worker and helped pushed the machines out of the rooms to get a wireless signal.

Just 3 minutes after this clown tells us it is impossible because of all the checks Florida has in it's certification process, tells her "well I explained the rules. It maybe the vendors are doing something different."

At this moment, I stood up and wanted to ask him a question. The girl with the mic asked "what is your question?"

I told her if we find evidence that the vendors are not following his procedures, who should we report it to. She quickly replies..Oh I can answer that for you.

I simply looked at her and said, that's fine, but I would rather hear it from the state expert.

I turn to wait for Nick to finish answering the previous question and the girl with the mic runs off. I am dumbfounded. She talked to another person and then runs out of the room with the microphone.

I go over to the next girl with a microphone and she nervously says "Questions are over, we only gave 15m for questions..and she too runs off.

The GOP is corrupt to its core and circling the wagons to protect the only way these morons would ever get elected.

We need to keep pressing on the ERIC Voter Roll Manipulation & Machine Fraud. I recently created an article and video on what we have found in Florida: https://the-peoples-audit.org/5-things-you-didnt-know-about-floridas-perfect-election/