SB-153 - PEG'S LETTER TO THE COLORADO HOUSE OF "REPRESENTATIVES"

Letter to Colorado House of Representatives Regarding SB-153
From Peg Cage, Creator of www.MyColoradoGOP.org, Former Chairman of Boulder County Republicans

Except for a very few of you, you will again today ignore the will of the people.

I write today specifically about SB-153.

Colorado’s motto is “Nothing without Providence.”  Her government is set up in a biblical pattern, with caucuses and assemblies as the foundation, culminating in this body of “Representatives,” supposedly the people’s representatives in government.

IRREGULARITIES IN THE 2020 ELECTION

Colorado Canvassing Report and video presentation of the report.

Read more: IRREGULARITIES IN THE 2020 ELECTION

DENVER CO.  PARABLE, “People for Association Rights and Bi-Partisan Limited Elections,” together with various Colorado candidates for office, county chairmen and voters, have filed a lawsuit in federal court against Colorado Secretary of State Jena Griswold.  The suit challenges Colorado’s Primary Election law as a violation of their First Amendment rights to Freedom of Speech and Association and their Fourteenth Amendment Rights to Equal Protection of the Laws.

Also included are a motion for preliminary injunction to block continued use of Colorado’s unconstitutional Primary law in the upcoming June 28, 2022, primary election and a motion for expedited briefing and argument. 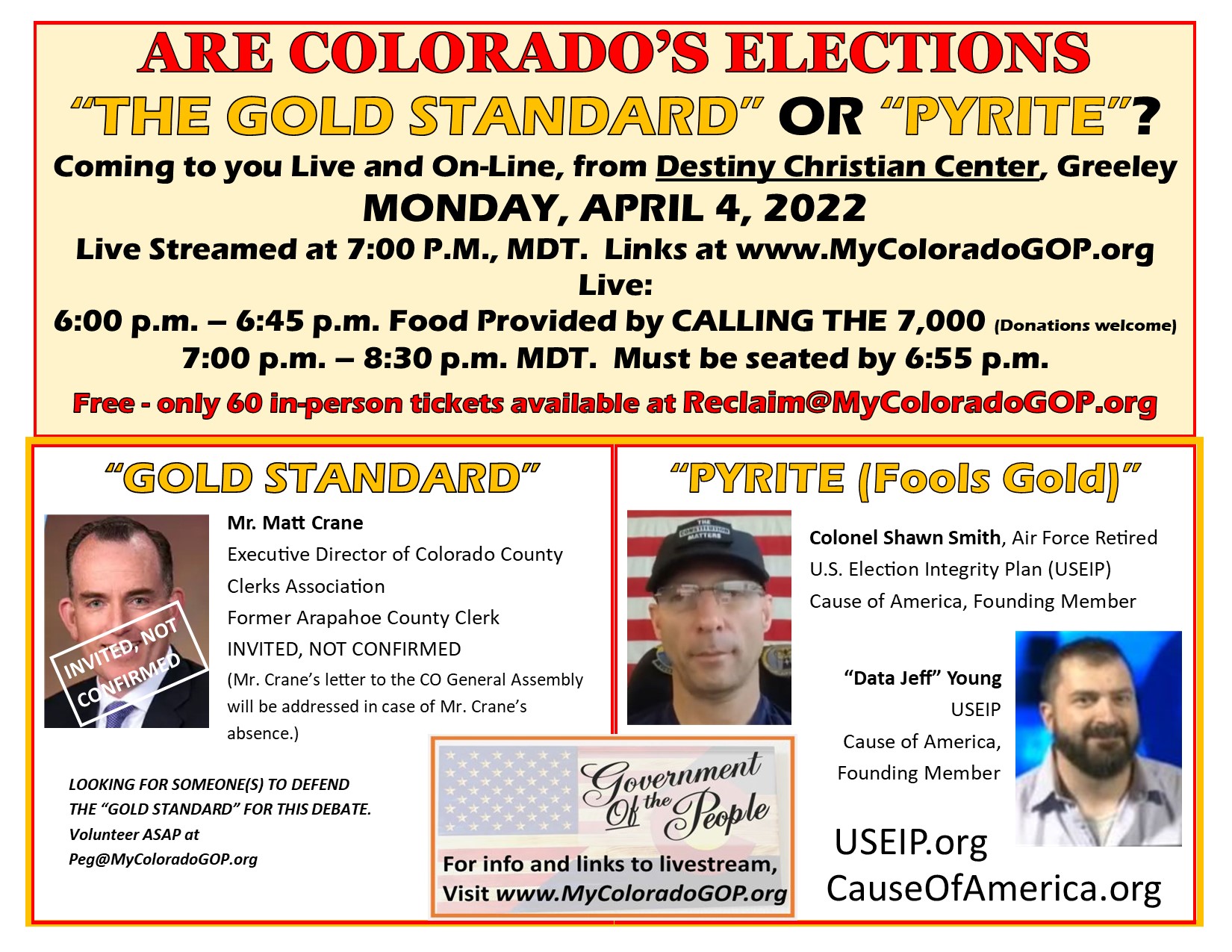 CLICK HERE to watch live Streamed from Destiny Christian Center.
(The above link goes to the recorded debate.)

YouTube removed this video from Destiny's channel shortly after the debate.

CLICK HERE for Shawn Smith's slide show from the event.  Because Matt Crane said "The time for debate is over" and did not show up, the slide show debunks Mr. Crane's "Gold Standard" narrative.

Below is more information from Shawn Smith and Data Jeff.

MATT CRANE'S TEXT MESSAGE - "THE TIME FOR DEBATE IS OVER"

Mr. Young and Colonel Smith are co-authors of the COLORADO CANVASSING REPORT.

NOTE:
Matt Crane indicated that he was "interested" in when he was first invited in mid-March, but has not responded to follow-up information about the Debate.  He is still welcome to participate.  If there is anyone else who would like to come and debate on behalf of the "Gold Standard" with Colonel Smith and Mr. Young on the 4th, please contact This email address is being protected from spambots. You need JavaScript enabled to view it..
MATT CRANE'S TEXT MESSAGE - "THE TIME FOR DEBATE IS OVER"

If there is no response from someone to debate Colonel Smith, he and Mr. Young will address the letter that Mr. Crane sent to the Colorado General Assembly to encourage them to support SB-153.

DEBATE FORMAT AND RULES AS SENT TO BOTH COLONEL SMITH AND MR. CRANE

IRREGULARITIES IN THE 2020 ELECTION - DATA JEFF 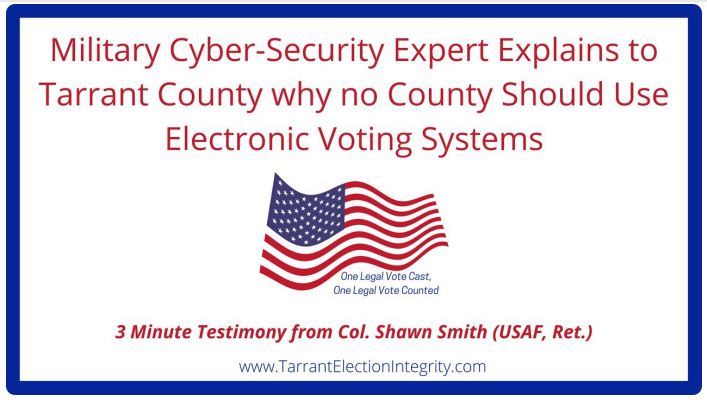