WHY SHOULDN’T COLORADO BECOME A ONE-PARTY STATE AND START HAVING SOME FUN?

The Harlem Globetrotters were just in town for a game against the Washington Generals entertaining and delighting thousands of men, women, and children. The Globetrotters won the game, something which they have been doing for 60 years. In fact, they have played the Generals close to 20,000 times and have lost only three occasions with the last Generals victory was in 1971. That fact has not impinged on the fun everyone has.

Read more: WHY SHOULDN’T COLORADO BECOME A ONE-PARTY STATE AND START HAVING SOME FUN? 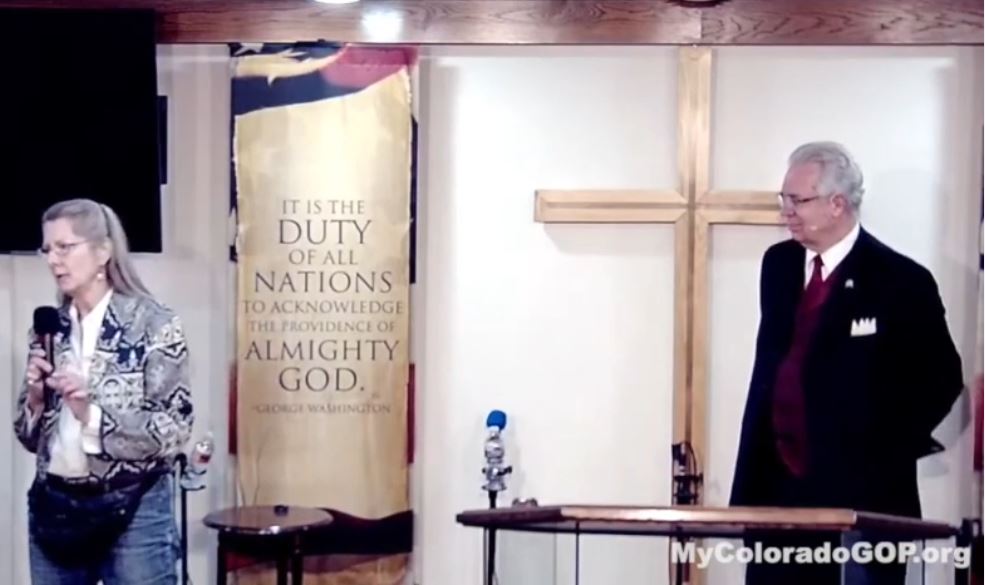 In this brief video, Colorado patriot Peg Cage is invited to the pulpit during a church service to explain how important it is to get involved in politics on a local level: to attend the GOP "reorganizational" meetings and to attend the caucus meeting in your area.

CLICK HERE to hear the interview of Dr. John Eastman on the Kim Monson show on Thursday, September 9, 2021.

Supreme Court Justice Antonin Scalia's majority (7-2) opinion in the landmark CALIFORNIA DEMOCRATIC PARTY, et al, V. JONES in 2000, which struck down California's Initiative 198, can help illuminate the current controversy over Colorado's open primary, a radical political reform  adopted in November of 2016 by enactment of Proposition 108.  The petitioners who took that California case to the U.S. Supreme Court included the California Republican Party and the California Libertarian Party.