Colorado’s government has clearly become “destructive of these Ends.” The two major political parties control the government as one corrupt unit. The GOP platform is the only one with the “Principles” that are “most likely to effect [our] Safety and Happiness.” In order to institute a government that derives its “just Powers from the Consent of the Governed,” we must use our “Right of the People to alter or abolish it, and to institute new Government.” The process of instituting “new Government” begins at Precinct Caucuses in March of even years.

Below is a basic chart of the political process in Colorado. Colorado is one of the few states in the nation that still offers its citizens the opportunity to easily control their government and political parties at this grassroots level. As you might expect, those people in power would like to STAY in power and are changing the laws with the end goal of eliminating this process. 2022 may be the last year with this clear opportunity to create a Government Of the People. We can do it. Join MyColoradoGOP. 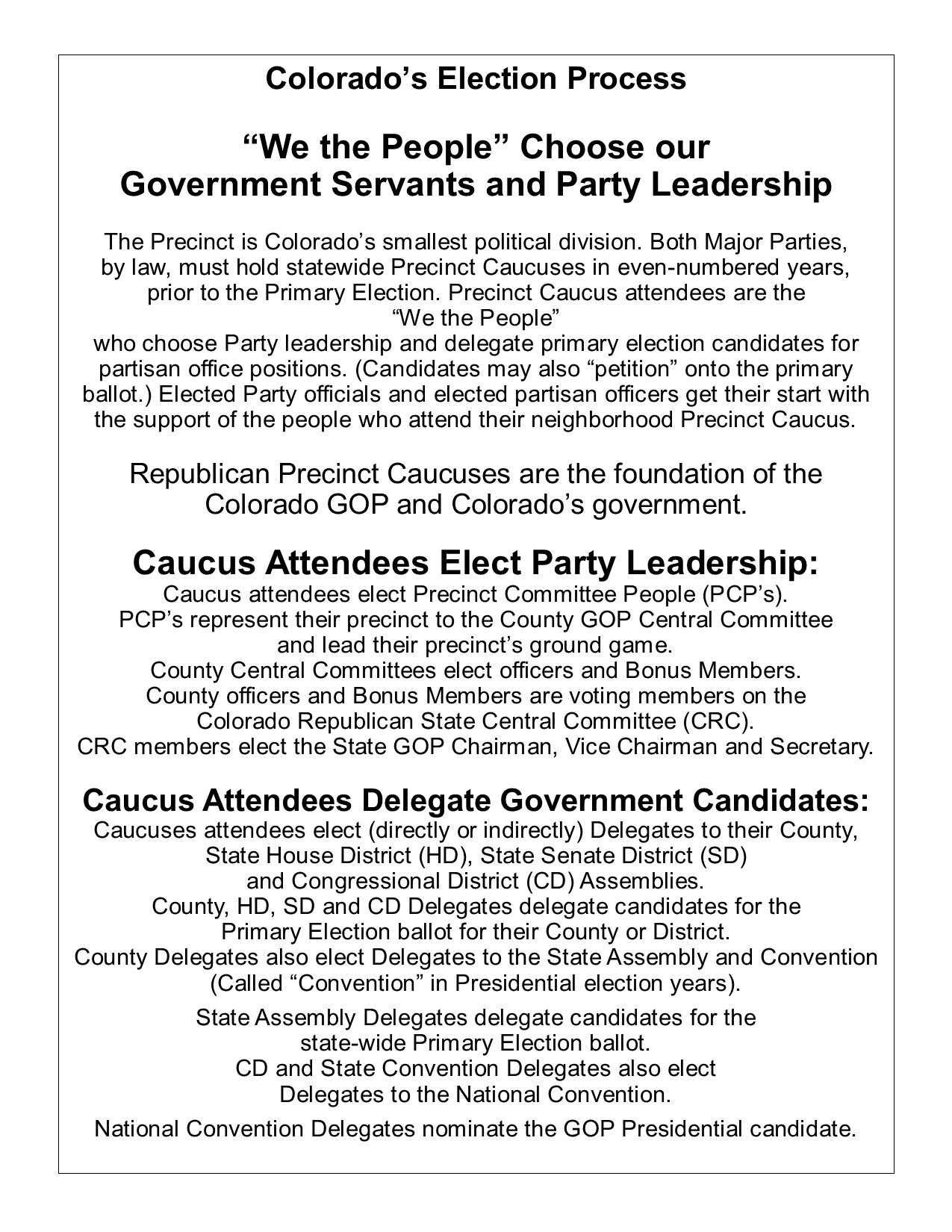