If we opt-out, it is true that the statutes (C.R.S. § 1-4-702(2)) require our party to use the caucus assembly method in the selection of our party’s nominee. The method itself limits the selection of the Republican candidate to only those delegates who have been voted forward through the caucus system. That method will in fact disenfranchise over a million Republican voters who have become accustom to receiving a ballot even though few use them.

A clever trap has been laid for us; the establishment side of our party has alleged that our team is trying to disenfranchise over a million Republican voters. This is false, we must respond with a rational proposal in which all Republicans can continue to participate if they choose. If we fail to do so we will be guilty as charged.

Many people have asked the question what happens if we opt-out; what I propose is similar to a pre-2016 system through bylaw changes that will allow an internal caucus and petition system. This new system is what I call a Disassembled Assembly.

The statutes (C.R.S. § 1-4-702(2)) require our party to use the caucus assembly method. This system requires the collection of fees to advance to whatever level the delegate desires. This system limits the time to two hours on one evening and those elected delegates are the only ones who can vote for candidates that will represent the party during the general election.  I see no reason to abandon this system but I do believe we need to augment this system.

The following is the most important part of my proposal in the creation of this new Disassembled Assembly system, a new status or designation of “Registered Primary Delegate”.

This new status or designation allows a “Registered Primary Delegate” to vote in the closed Republican Primary Assembly Race, the election is conducted by the county Republican party.

In order for a candidate to qualify for the Republican Primary Assembly Race, he or she must gather the requisite number of signatures, as per State Requirements (see table 1 below) of which, seventy five percent (75%) must be “Registered Primary Delegates” within the race boundaries.

This tier of the Disassembled Assembly known as the Republican Primary Assembly Race, is a contest between the winner of the Assembly/Convention tier and candidates from the Petition tier who successfully gathered the requisite number of signatures. The winner(s) advances to the general election race. 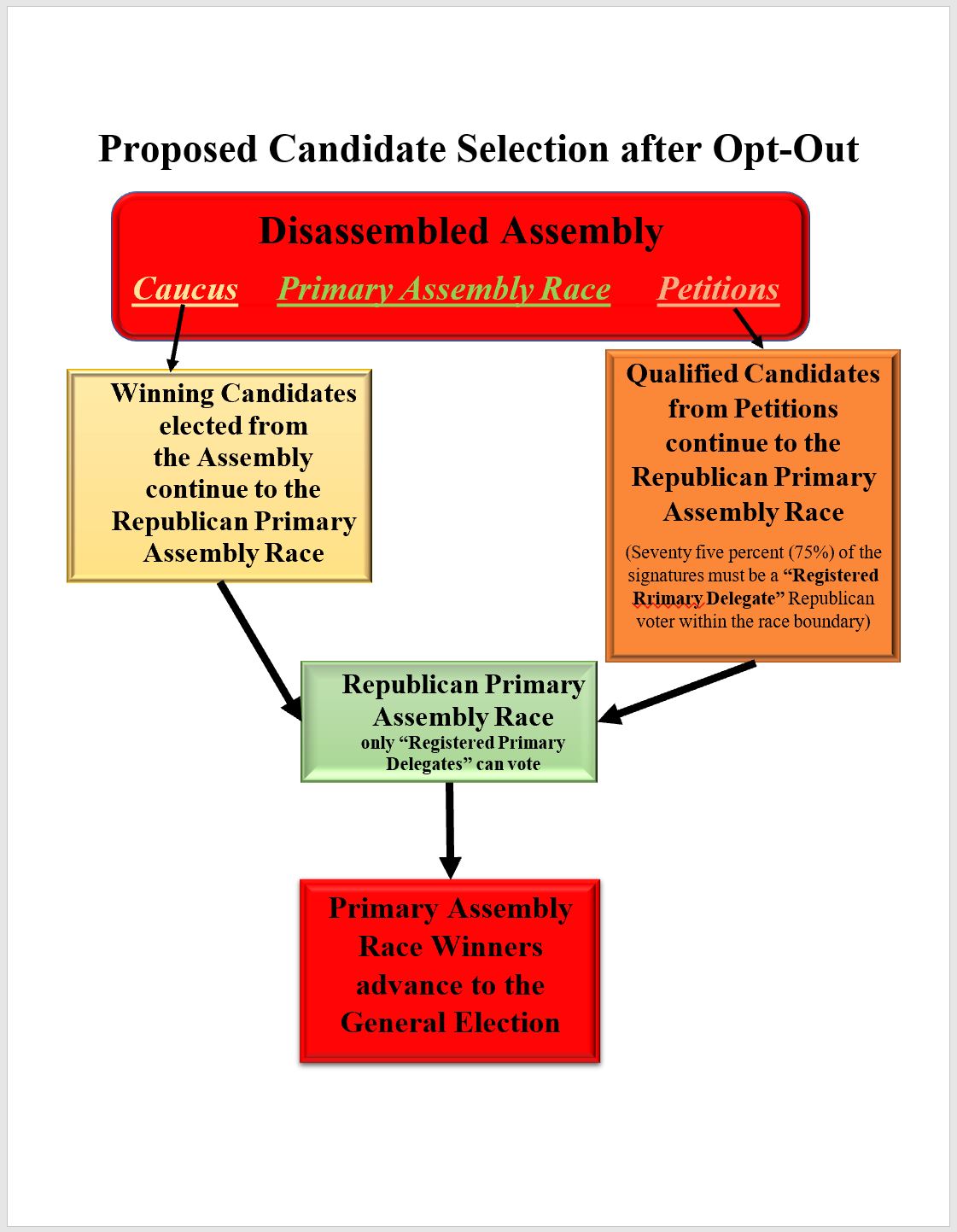