In November 2020, the Republican Canvass Board members from four different Colorado counties refused to certify the election.  The four counties are Adams, Boulder, Jefferson, and Montrose.  Below are the minority reports from the four counties.

Montrose County
I Ray Langston will not certify the 2020 general election here in Montrose. My concerns are 4-fold.

1: The dominion software has proven to be flawed or easily manipulated to switch votes from one candidate to another.

2: Jena Griswold the Secretary of State of Colorado has violated the hatch act by using her high office to promote partisan politics, thereby showing bias. And raising questions about her integrity.

3: Should this election turn out in Joe Biden’s favor. Then we have a constitutional crisis. A person possibly guilty of treason may have been elected as president. Just prior to the election, evidence on Hunter Biden’s computer suggest that Joe Biden may have been receiving bribes from foreign governments. This story was completely quashed by the mainstream media and social media as well. I and thousands of other citizens were barred from sharing that story on social media. Early voters made statements that had they known about what was on Hunter Biden’s computer prior to voting they would have changed their vote.  (UPDATE! See photo below)

4: We can only have fair and accurate elections if we have a citizenry that is well informed. And we cannot have a well-informed electorate if we have a biased and complicit media that protects corrupt politicians. 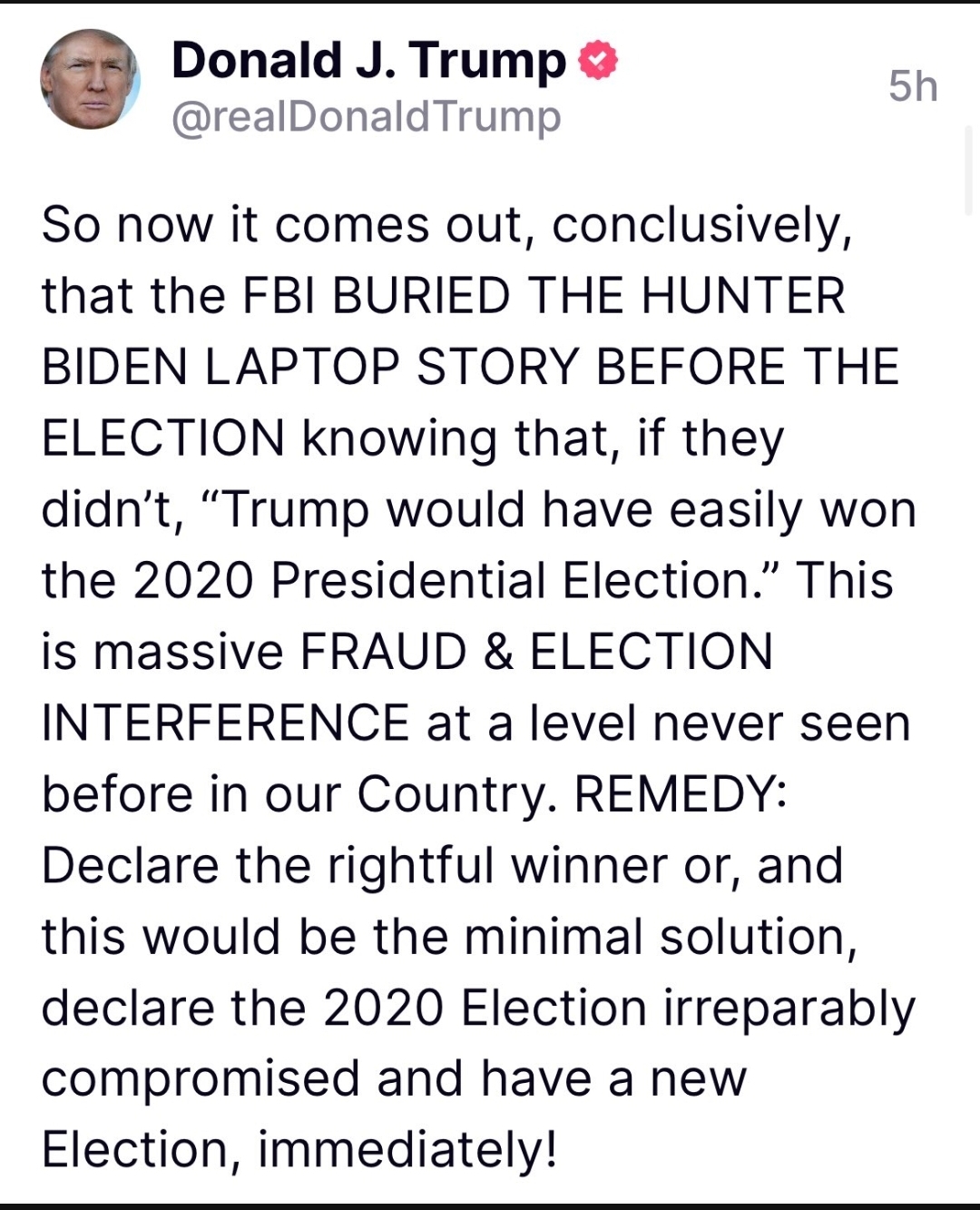